Thoughts On My First Glam Bag

I apologize for the somewhat disheveled countertop, but it had the best lighting for taking this picture for the time being.

I was really excited to finally receive my first ever Glam Bag. I had been wanting one for awhile now, but money was tight. From what I was told by other people, Glam Bags usually had better stuff than Birchbox, so I started off with them instead. Birchbox will be purchased later on.

It's kind of interesting seeing a Glam Bag that was leaning more toward stuff other than purely makeup. The thing that kind of made me sad was the nail polish. I was expecting a deep reddish color, like what was displayed on the website, but ended of getting a pinkish nude tone instead. The other items were true to what was shown on the website, thankfully. I'm most excited to try out the crease brush, the Argan oil, and the blood orange body butter.

I can't wait to see what Ipsy has in store for next month! ^w^ 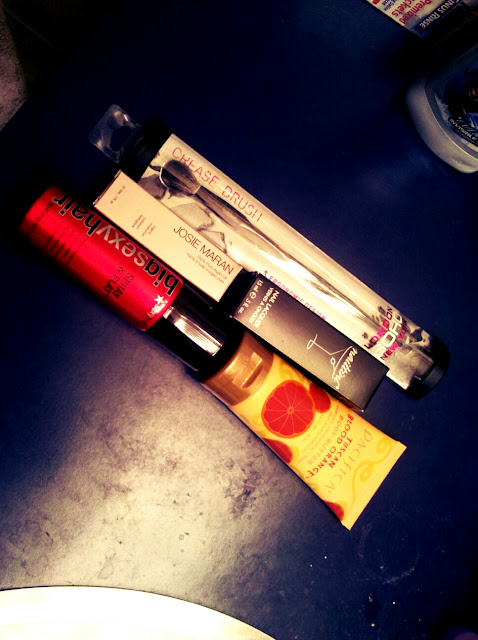