I tend to take this quiz every once in awhile to see if things changed... which they did, drastically.


I Am A: True Neutral Half-Elf Druid (3rd Level)

Charisma-12 (lolWHUT? I think this part is ridiculously low)

Alignment:
True Neutral A true neutral character does what seems to be a good idea. He doesn't feel strongly one way or the other when it comes to good vs. evil or law vs. chaos. Most true neutral characters exhibit a lack of conviction or bias rather than a commitment to neutrality. Such a character thinks of good as better than evil after all, he would rather have good neighbors and rulers than evil ones. Still, he's not personally committed to upholding good in any abstract or universal way. Some true neutral characters, on the other hand, commit themselves philosophically to neutrality. They see good, evil, law, and chaos as prejudices and dangerous extremes. They advocate the middle way of neutrality as the best, most balanced road in the long run. True neutral is the best alignment you can be because it means you act naturally, without prejudice or compulsion. However, true neutral can be a dangerous alignment when it represents apathy, indifference, and a lack of conviction.

Race:
Half-Elves have the curiosity and ambition for their human parent and the refined senses and love of nature of their elven parent, although they are outsiders among both cultures. To humans, half-elves are paler, fairer and smoother-skinned than their human parents, but their actual skin tones and other details vary just as human features do. Half-elves tend to have green, elven eyes. They live to about 180.

Class:
Druids gain power not by ruling nature but by being at one with it. They hate the unnatural, including aberrations or undead, and destroy them where possible. Druids receive divine spells from nature, not the gods, and can gain an array of powers as they gain experience, including the ability to take the shapes of animals. The weapons and armor of a druid are restricted by their traditional oaths, not simply training. A druid's Wisdom score should be high, as this determines the maximum spell level that they can cast.

Find out What Kind of Dungeons and Dragons Character Would You Be?, courtesy of Easydamus (e-mail)

I didn't expect to be True Neutral at all. That was the biggest shock. I think myself more Chaotic Good/Neutral. Christian is more True Neutral than me by far. Maybe becoming a mom made my mindset be this way. Half Elves are cool, so I'm fine with that. One of my most epic characters I created for tabletop purposes was a Half Elf. As for being a Druid, that would be my second choice over being a Sorceress (which ended up being the second highest result overall).

Posted by Unknown at 3:33 AM No comments:

A major reason of why I've been away for so long is the fact that I've been working on PLENTY of secret projects.

I will now reveal what they happen to be (since I promised that I would reveal what I've been working on in an earlier post):


Pictures and links will be up when these projects are finally completed. Until then, take care! ^w^
Posted by Unknown at 4:04 AM No comments:

Life has had some major rollercoaster moments while I was away (again).

Ian and I house sat for his home teaching buddy from his ward. It was quite interesting. Ian, Evey, and I lived there for a week by ourselves. We learned more about ourselves more.

I had no idea I would be an amazing homemaker. I also learned that Ian and I have completely different shopping styles. I love to browse; he does not.

If I got the chance to own Dieter (the dachshund that we pet sat), it would be amazing. He's such a cuddle bug.

I've learned to appreciate life more after that experience. It was definitely needed.

I still love tiny houses. It would be a dream to own one in a Romani style. I want to travel more. It's starting to feel stagnant in Idaho. The cuspborn part of me (Sagittarius-Capricorn) wants to be free.

Denise, Katrina, and I were finally able to get together for celebrating Denise's birthday. We headed over to Shangri-La. I had miso soup (they seriously have the best miso soup in the area!), part of Katrina's chocolate cake, and buttered green tea. Everything was either organic or fair trade (which is why it's one of my favorite cafes in the whole area!). I gave Denise an oracle card reading about her career. She loved everything. Oh, and the best part is the fact that we were able to use our rubber ducky tea infusers...or at least Denise got to. Katrina lost rock-paper-scissors, so she brings her's next time. I dubbed our group The Rubber Ducky Tea Society. :P

I find it weird how much Heather and I have in common, save for a few things. The hangout we had was really needed after the religious overload I have been experiencing these last few weeks.

On that note, it was weird having Ian near me while I was buzzed from delicious huckleberry wine and several fuzzy navels mixed with cola. I didn't think he could handle being around me so well.

A couple of our friends broke up (not wanting to name drop them, but they have been mentioned by name on this blog before), and got back together again. Everyone was rooting for them to get married (in a indie cult sense), so it was shocking to hear about. I'm glad everything it fine with them now.

I started watching Girls. I love how the sex on the show is true to life, save for a few ridiculous moments. It's highly refreshing to see strong, realistic female characters on air. I can seriously relate to all of the main characters somehow. My favorite character so far has to be Jessa. She can be my "crack spirit guide" any day. XD

I'm working on quite a few secret projects this week that will be brought to fruition by the end of the week. Some are dealing with work; others are just for the hell of it.

On a somber note, my mom might leave my dad after a near thirty year marriage due to stupidity that has happened on his part that I, nor my brothers, didn't know about. Apparently, what was going on behind closed doors has happened for years, and my mom doesn't want to put up with it any longer. After suggesting help (there was a lot of rash thinking on her end), mom calmed down. I told dad her conditions, and then proceeded to get off the phone with her. I checked up on them later; mom was still tense. This was announced yesterday to me, before more sadness happened with the Boston Marathon bombing.

What is with people and shootings and bombings? What point are they trying to prove? Thinking about the whole thing makes me sick to my stomach. Can't we all just get along? Love brings only more love.

Ian and I were finally about to do some tabletop roleplaying with our group, after over a month of being away. It was a welcome change. I bullshitted everything last minute, and my character turned out fabulous. I think it was the wine I had from Heather's place.

Ian and I slept in together, and that was quite nice. Evey was being kind of picky today with food and drinks.

We hit up Deseret Books so that Ian could pick up some more holy undergarments. Only having a week's worth of underwear doesn't work unless you're consistent with washing them everyday.

I ended up getting a gratitude journal that I partially turned into a Get Shit Done planner. Electronic means have not been working out with me this year, so I'm reverting back to having a paper planner. I decided on the GSD approach since the Get Things Done approach was tedious. GSD is a LOT more flexible by far!

We hit up Chapala next. I haven't been over there in years, so I was surprised. The blackberry lime margarita was completely worth it to order. It came in a ginormous goblet. I also changed things up when it came to food by ordering a carne asada steak platter. Best decision ever. If I hadn't asked about the lunch specials and the time, we would have had to paid extra. Oh, and we accidentally forgot to order something for Evey, so we ended up sharing. I made her a vegetarian fajita wrap, and she ate it all. We fed her other things on the side as well, like rice and steak.

Next on the list was Walmart. Ian wanted to go there to get a new covering for our bed, since the one I was stuck with sucks a lot. I got four purple pens, since I remembered how much I got done by writing in purple ink in the past. Perfect for doing GSD related stuff.

Last stop was the library. I picked up the latest Buffy comic compendium that I hadn't read yet, along with a 2013 moon signs book and a book on green hedge witchery. The book on alchemy was interesting, but I decided to pick it up later. The Chaote in me was very happy either way.

I'm modelling for my friend, Tori, next week. It's been forever since I've modeled.

You have been caught up again. If I'm not swamped in the next bit, I'll post pictures later (that were taken during several of the events that were mentioned). Take care! ^w^
Posted by Unknown at 12:40 AM No comments: 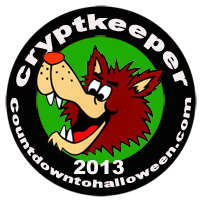 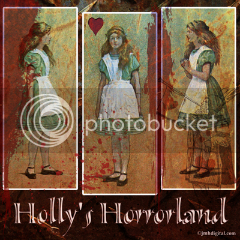 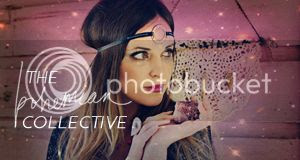 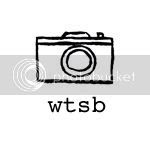 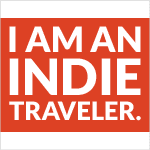